Celso João, who successfully defended his PhD thesis in 2016, has now been awarded the Prize for the Best PhD Thesis in Optics by the Portuguese Society for Optics and Photonics (SPOF).

Celso, a postdoc researcher and member of the Group for Lasers and Plasmas, has specialised in high power laser design and development. In his thesis entitled “Diode-pumped solid-state lasers for optical parametric amplification pumping”, he describes the implementation of new two diode-pumped ytterbium lasers for pumping OPCPA amplifiers.

The first laser amplifier is installed at IST, while the second was added to the front end of the PHELIX laser at GSI Darmstadt, through a collaboration with IOQ/IAP-FSU Jena. The work was supervised by Prof. Gonçalo Figueira (IST), head of the Laboratory for Intense Lasers in Lisbon.

SPOF was created in 2009 with the goals of promoting optics from the viewpoints of research, training and education. The national prize for the best thesis in optics and photonics, one of its most distinguishing initiatives, is now in its 5th edition, covering the year 2016. 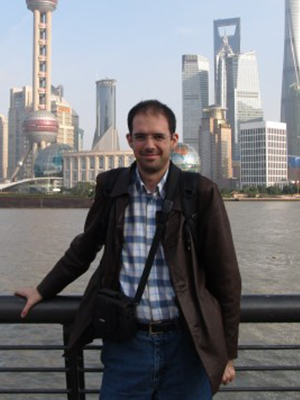