Thomas Wodzinski defended successfully his PhD thesis on October 14, 2020 and passed with Distinction. He was awarded a fellowship in the APPLAuSE doctoral program on Plasma Science and Engineering in 2015 and joined GoLP for his thesis under the supervision of Prof. Dr. Marta Fajardo (IST) and Dr. Elke Plönjes-Palm (FLASH, DESY).

During his PhD, Thomas performed research at the Laboratory for Intense Lasers and the VOXEL lab at IST. He manipulated the wavefront of High-Harmonics in the XUV by adapting the wavefront of the driving infrared laser with a deformable mirror. In collaboration with DESY, he made use of wavefront sensors to characterize both beams. He implemented simulations that confirm the observed filter for higher-order aberrations.

During his secondment at the FLASH Free-Electron Laser facility at DESY in Hamburg, Germany, he worked on the focusing of the new beamline extension FLASH2 with a bendable Kirkpatrick-Baez focusing setup. Young’s double pinholes were positioned out of focus to enable non-destructive single-shot transverse coherence measurements. A varying phase over the width of each pinhole resulted in a more complicated interference pattern. This required an adapted analytical approach and the implementation of a deconvolution-method. Extensive data analysis confirmed a high degree of coherence for FLASH2.

Thomas authored two papers, co-authored another and two more are in currently in preparation. 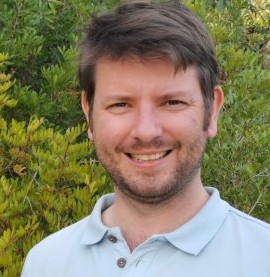