The Calouste Gulbenkian Foundation announced last week the winners of the 2016 edition of its prestigious Prize for Stimulus to Scientific Research. Victor Hariton is one of the two winners in the physics category, for his project “Fab-Laser – Femtosecond ablation of biological samples with shaped laser pulses”.

The proposed work addresses the challenge of how to optimize the interaction between ultrashort laser pulses and solid targets, with particular application to tissues of biological interest. With proper spatial and temporal shaping, such laser pulses could deposit their energy in a much more efficient way, avoiding damage to nearby tissues.

Victor has recently completed his Master’s degree in Physics Technological Technician, and is interested in modeling and design of ultra-high energy lasers and its application in industrial and scientific areas.

The Calouste Gulbenkian Foundation established the Program for Stimulating Research with the aim of stimulating the creativity and quality of scientific research among the younger generation. The Program is intended for young researchers under the age of 26 who work in Portuguese institutions. The prize has a monetary value of € 12,500, of which €2,500 goes to the researcher and €10,000 to the host Institution where the research will be carried out. 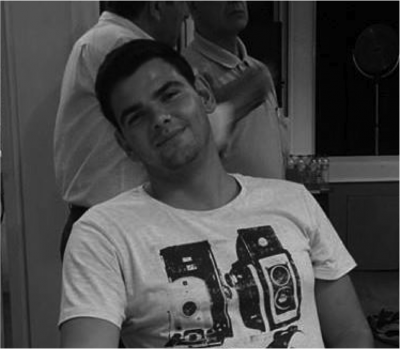